Description: Classic home shirt as worn by Henry during the campaign when Arsenal became the first team in over a century to perform a ‘perfect’ unbeaten season, being dubbed ‘The Invincibles’. The sublime striker fired the side to glory as he became only the fourth player in Premier League history to reach the 30-goal mark in a single season and the first to win the PFA Players’ Player of the Year in consecutive seasons. 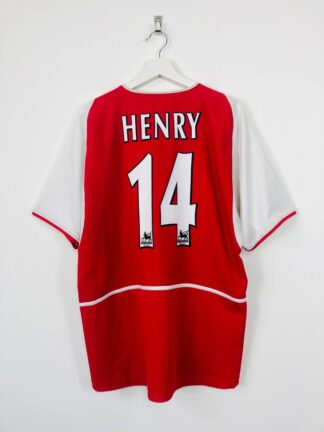