Description: Centenary home shirt celebrating 100 years of Chelsea Football Club, as worn by Lampard as Jose Mourinho’s side retained their Premier League title. The centrepiece of a rampant Chelsea team, Super Frank was rewarded for his exceptional haul of 16 Premiership goals with a Ballon d’Or Silver Award and finished FIFA World Player of the Year runner up, behind only Ronaldinho on both counts. Consistently toppling the conventions and boundaries of the midfield position, Lampard is remembered as one of the legends of the English game and remains by some distance the Premier League’s top scoring midfielder. 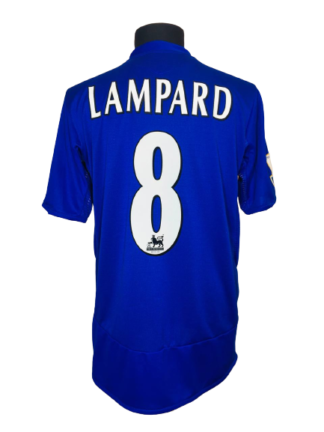