Description: Home shirt as worn by Henry at Euro 2008 when the side crashed out in the Group Stages after defeats to Holland and Italy. In this design the legendary former Monaco and Arsenal man made his 100th Les Bleus appearance against Colombia in June 2008 – becoming only the 6th ever French player to reach the historic milestone. 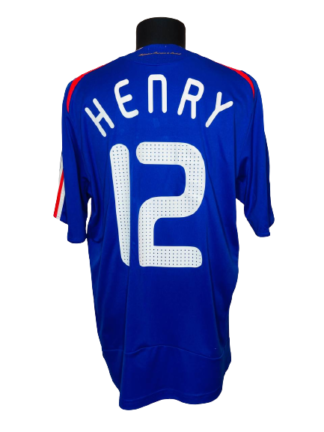