Description: Home shirt believed to have been worn by Oleksandr Kucher on against Chelsea at the Donbass Arena on October 23, 2012. The 2012/13 European campaign considered to be successful as the side finished 2nd in a tough UCL group along with grands like Chelsea and Juventus.

Domestically side completed a treble by winning all there was to win: Premier Liha, Cup and Supercup competitions. Champions League voyage had to end on the Stage of 16, when Borussia Dortmund got in the way of advancing further. Kucher played 7 out of 8 UCL caps that season. 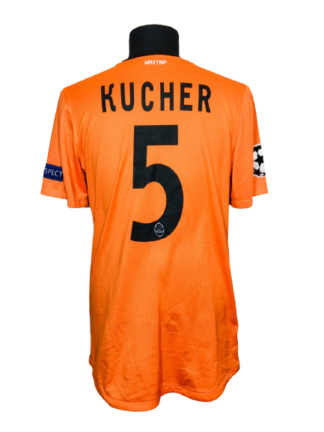