Description: Away shirt worn by Hladkiy during his second coming to Shakhtar against his former club Metalist on March 7th, 2015. Shakhtar was in conflict with Ukrainian Premier Liha and as the result during the February-April period they boycotted the league by not wearing patches on matchdays. He came on as a substitute and assisted to Luis Adriano in the second half. Match ended in a hard fought draw – 2:2. 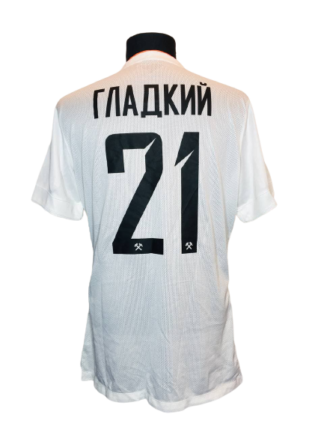